The Young Papua Collective was founded by Julia Jouwe and Samuel van Voorn and represents Papuan youths living in the Netherlands, celebrating their culture, reconnecting with one another and educating others about the story of West Papua.

The older, first generation Papuans who fled to the Netherlands were politically divided and often clashed, causing lots of division. The aim of the collective is to bring the younger generations together. Despite the different views, ideologies, and political opinions, they teamed up and worked together towards one goal.

I was asked to create a digital promotional design for their ‘Educatiedag’ in which two speakers, Nico Jouwe and Raki Ap, would share their story and knowledge. 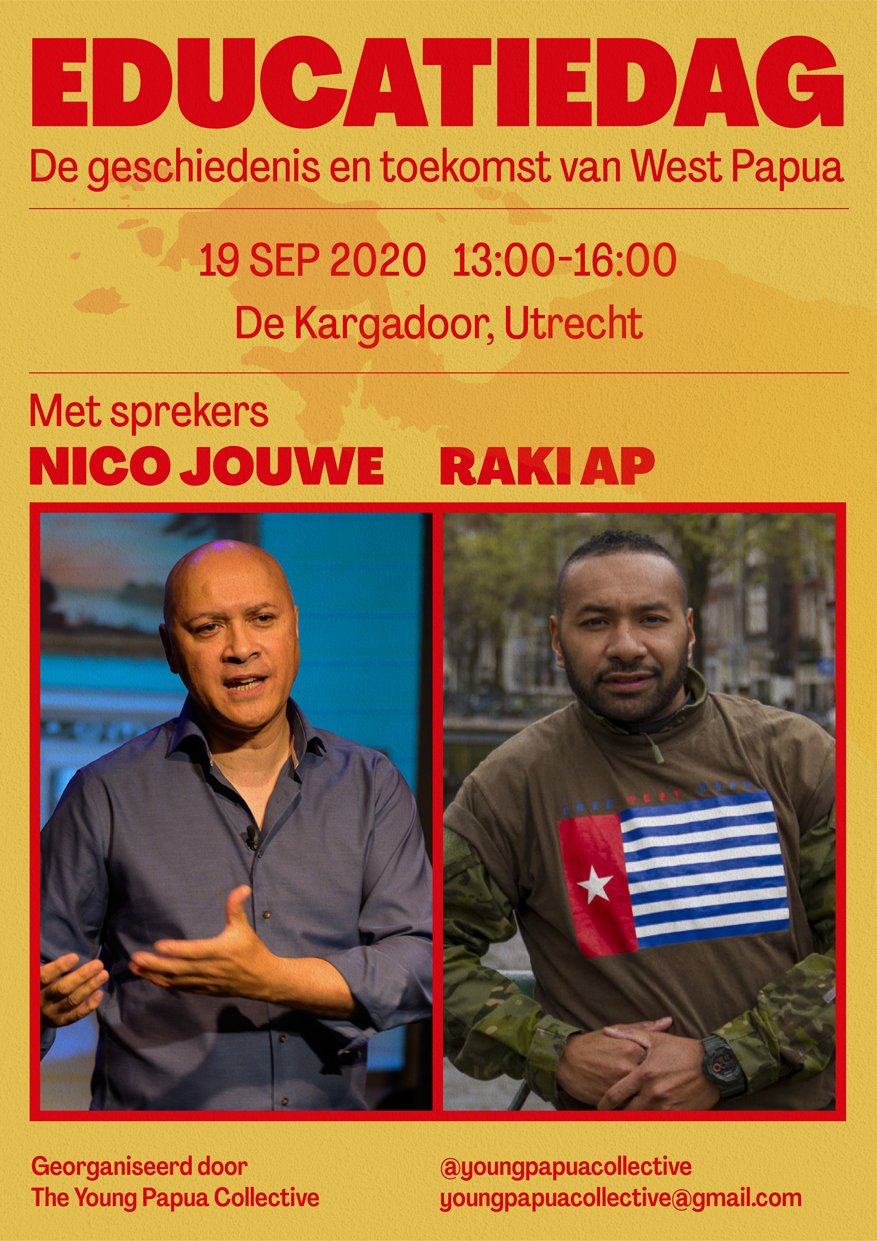